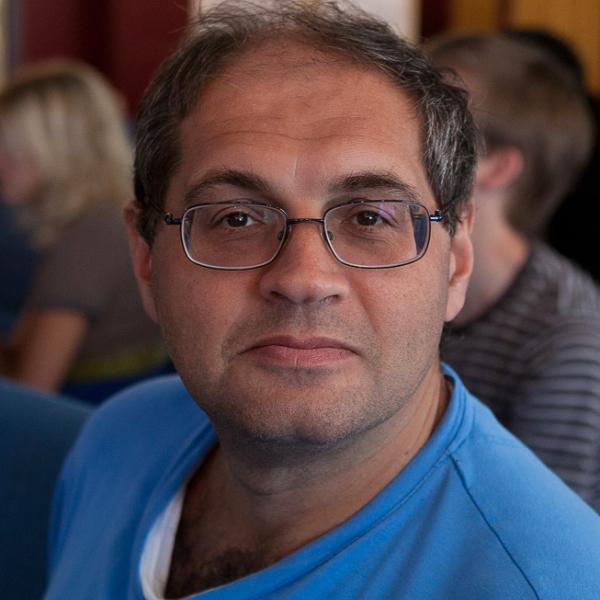 I was born on May 15, 1965, in Leningrad, USSR, and grew up and spent my formative years in this city. I studied in physical-mathematical school no 239 (1980-1982) following by the Optoelectronics Department headed by Zhores Alferov in LETI (1982-1988). My Diploma project on scattering of 2D electrons was supervised by Vladimir Idelevich Perel. After graduation from LETI, I joint the staff of A. F. Ioffe Physical-Technical Institute, where I continued to work under the supervision of Prof. Perel. My Candidate of Science (Russian equivalent of PhD) on theory of optical orientation and momentum alignment in quantum wells was defended in1994 - two years after I left Russia for the US. From September 1992 till March 1996, I was a graduate teaching and research assistant at Physics Department of the University of Utah in Salt Lake City, where I was supervised by Emmanuel Rasba and Dan Mattis and obtained my second PhD defending a thesis on the theory of few-particle anyone excitons in the quantum Hall regime in March, 1996. From April 1996 till the end of 1998 I worked as a postdoctoral fellow at Heriot-Watt University in Edinburgh in Scotland working on theory of two-dimensional electron-hole plasma. In January 1999 I became a faculty member of the Universty of Exeter starting as a lecturer and later promoted to senior lecturer (2006) and associate professor (2013) positions. I spent a sabbatical year (2005-2006) as a full professor and group head at the International Center for Condensed Matter Physics (ICCMP), University of Brasília, Brazil. I held short-term visiting positions in Dresden, Natal (Brazil) and Hangzhou (China). I hold a research professorship at ITMO since April, 2018.

Since July 2009, I have been an Associate Editor of the Journal of Nanophotonics published by SPIE - The International Society for Optical Engineering.

I have a broad range of research interests spanning from exactly-solvable problems in quantum and statistical mechanics and anyon excitons in the fractional quantum Hall effect regime to THz applications of carbon-based nanostructures and modelling white light-emitting diodes. My recent work is devoted to zero-energy states in graphene waveguides and quantum dots, bi-electron vortices in Dirac semimetals and excitons in narrow-gap carbon nanotubes.

More information including the links to my selected publications on can be retrieved from my University of Exeter Web page.