The scientists called it the anomalous exciton Hall effect. It occurs when a laser affects a semiconductor plate in the presence of a magnetic field. This phenomenon can be potentially used for studying exciton quasiparticles. The research is published in Physical Review Letters. 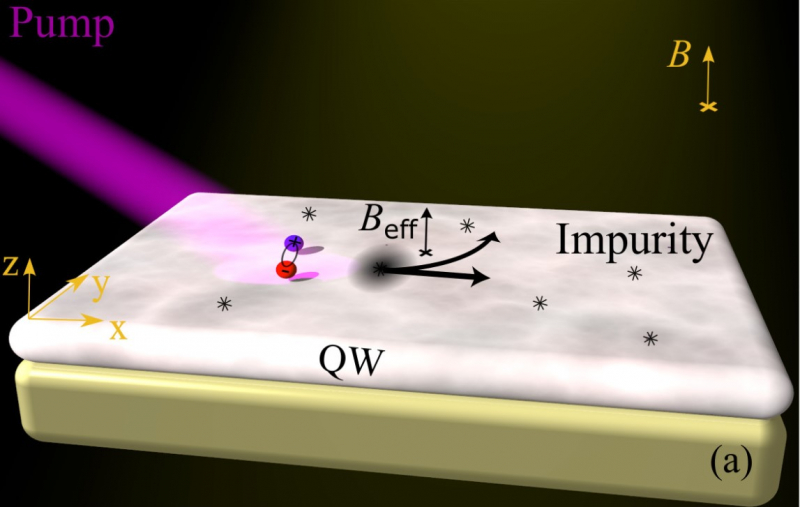 Illustration from the article. Credit: journals.aps.org

There is a relatively simple experiment that can be performed at home. You only need five components: a small metal plate, a regular battery, a magnet, a pair of wires, and a voltmeter. All of these components can be found in any radio kit.

The plate must be connected to the battery, and its end faces – to the voltmeter. The arrow of the measuring device will remain at zero as the current will run through the metal in the longitudinal direction. In this case, there is no voltage in the transverse direction. However, if you hold a magnet close to the plate, then the device’s readings will begin to rise. This is known as the Hall effect.

“This phenomenon was first discovered by the renowned scientist Edwin Hall in 1879,” explains ‪Valerii Kozin, a PhD student at ITMO’s Department of Physics and Engineering. “This is easily explained by the fact that the magnetic field acts on electrons that are moving under the influence of an electric field. If the magnetic field acts perpendicular to the motion of electrons, then they will deviate to one of the end faces of our plate. Imagine, the right end has more electrons and the left – less. In this way, one of the plate’s sides will accumulate a negative charge and the other – a positive one, and it will cause a voltage recorded by the device.” 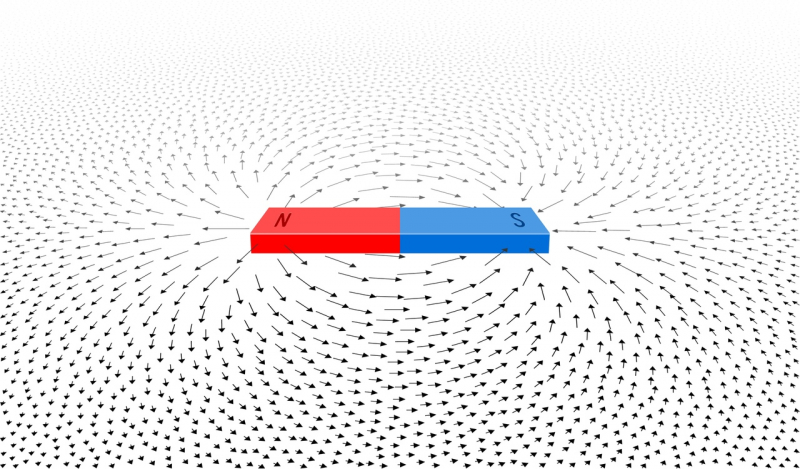 Discovered more than 150 years ago, this effect is still widely used, for example, to create devices for detecting magnetic fields. Such detectors are called Hall sensors. Thanks to these sensors, we can use our smartphones for navigation.

“The Earth acts as a giant magnet – that’s why compasses work,” explains Valerii Kozin. “We can’t equip our phones with real compasses but if you have a Hall sensor, you don’t need it. This sensor will detect the Earth’s magnetic field and transmit this data to your phone. This is the reason why we see our location in online maps.”

How to produce an atom from the hole

In physics, many phenomena are described analogically. Various effects from different fields of research follow the same laws and can be described by similar equations. What if there’s something like the Hall effect in the behavior of other particles? Scientists from ITMO University discovered a phenomenon of that kind in excitonic quasiparticles, rather than electrons.

These objects are produced in semiconductors, such as gallium arsenide, which is used in transistors, light-emitting diodes, and solar batteries. Just like all semiconductors, this material has a so-called forbidden band: the amount of energy that it needs to receive so that gallium arsenide would conduct electricity at absolute zero. The conductivity appears because an electron from the valence band is moved to the conduction band. This process is carried out by means of the external energy flow. 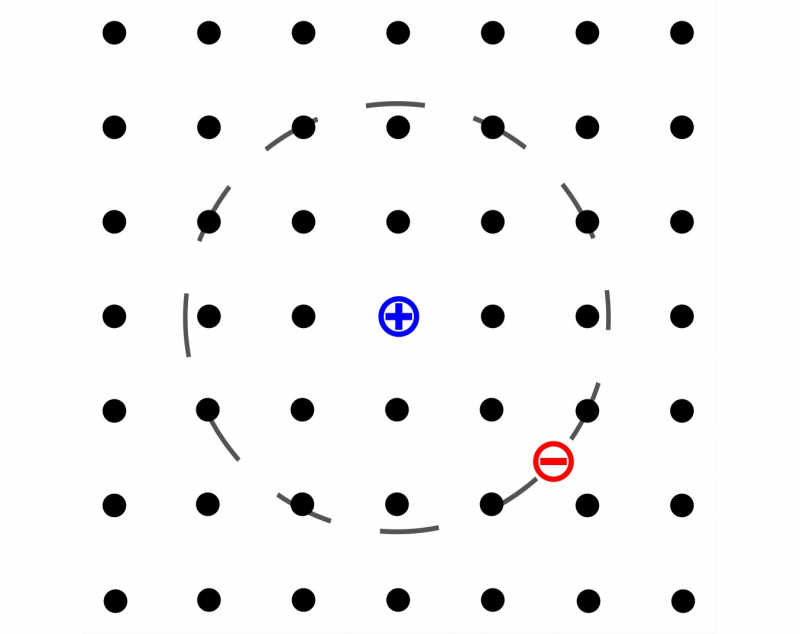 “The amount of energy needed for that corresponds to the visible spectrum of light. In other words, you simply need to point a laser beam or even a flashlight to the crystal, and you’ll be able to move the electron to the conduction band. At the same time, a so-called hole will appear on its spot,” explains Valerii Kozin.

“So, this hole can play the role of the nucleus in order to form an atom together with the electron. Such “atoms” are called excitons. These quasiparticles are very similar to atoms; they follow the same laws and equations – they are fully functional analogs of hydrogen atoms,” says Valerii Kozin. 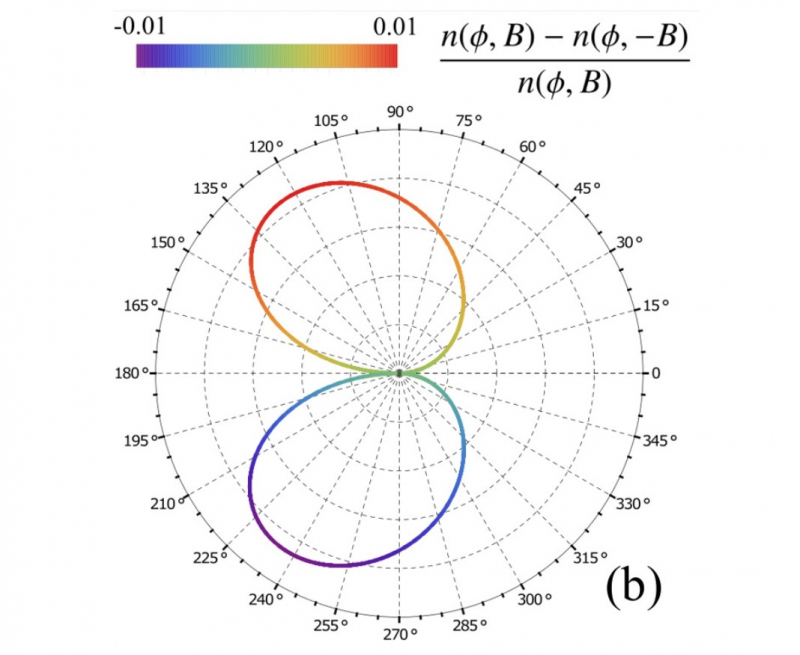 Illustration from the article. Credit: journals.aps.org

For example, you can produce gas from excitons. If you would point a laser beam to a semiconductor list, a cloud of these quasiparticles will appear. By studying this process, ITMO University physicists have discovered theoretically a new effect that they called the Anomalous Exciton Hall Effect.

If you take a thin stripe of semiconductor material and put it under a laser beam at 90 degrees with enough power, you’d get an exciton gas that would disperse all around. However, if you take a slightly more acute angle, the gas will move as a whole in some direction, so it is easier for scientists to “catch” it. It’s also important that semiconductors usually have differently charged impurities. The impurities determine the basic properties of semiconductor devices.

“Now, if you perpendicularly apply a magnetic field to the layer of semiconductor, the exciton cloud dispersing on impurities will deflect towards a certain side. This is a complete analog of the Hall effect. There’s a flow of particles (excitons, in our case); we turn the perpendicular magnetic field on, and the particles deflect towards the edge of the sample,” explains Valerii Kozin.

However, the described effect has a fundamental difference – excitons are neutral composite particles, whereas electrons are charged negatively.

Valerii Kozin admits that the discovered effect probably won’t be used as widely as the Hall effect. However, this phenomenon can be highly valuable for scientists who study excitons. In particular, it allows them to separate bright and dark excitons. 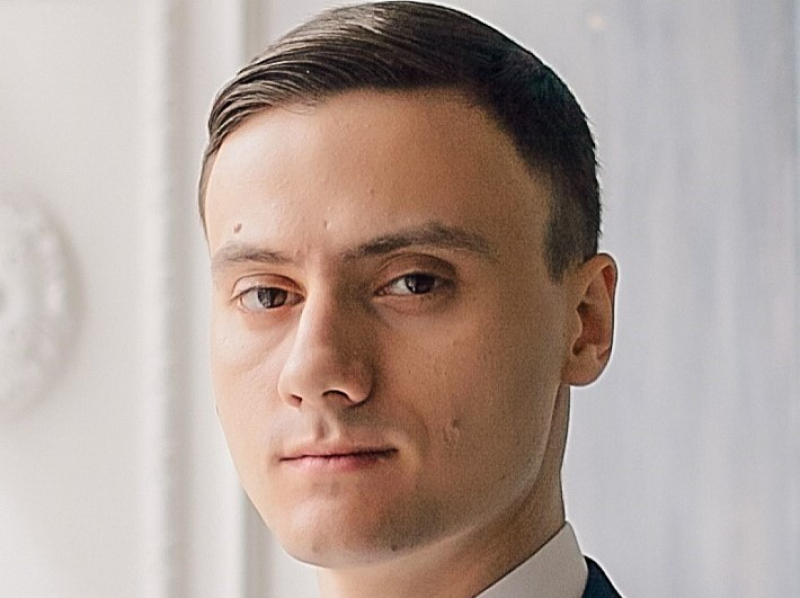 The thing is, some excitons collapse and emit light once the electron returns to its place. Such quasiparticles are called bright excitons. Other excitons disappear without light emission – they are called dark excitons. It’s hard to study them, especially because it’s hard to get a cloud of dark excitons: both types of quasiparticles are “born” simultaneously. However, the discovered phenomenon affects them differently.

“As it turns out, you can efficiently separate bright excitons from dark ones. If you produce a cloud composed of both dark and bright excitons, it would bump into impurities and deflect towards one of the edges of the sample. Dark and bright excitons will deflect differently. Therefore, you can separate them into two clouds: one for bright and one for dark excitons, thus receiving a pure dark exciton gas. Why do we need it? Because with the help of excitons, we can study fascinating states of matter, which are extremely hard to achieve through usual atoms, for example, Bose-Einstein condensate,” concludes Valerii Kozin.