It is for several years now that ITMO University scientists have been working on the creation of supersensitive sensors for measuring ultra-low magnetic fields that occur, for example, in the brain. These sensors can be made from compact ceramic resonators and defect ensemble (NV centers) in a diamond. Recently, the physicists have published an article in the Review of Scientific Instruments journal, where they described a new, more efficient version of an antenna for such measuring devices. ITMO.NEWS spoke with the authors to find out why we should measure the magnetic field of the human brain, and how this is proposed to be done. 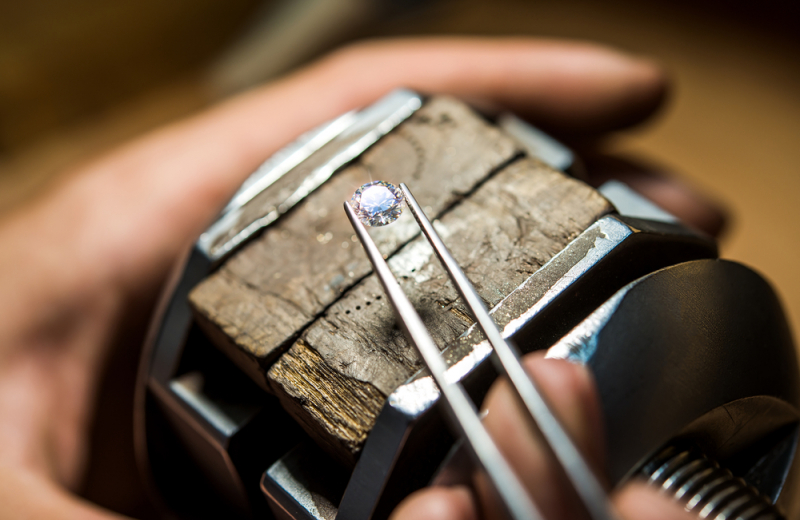 Today, it’s not a problem for scientists to measure the strength of a magnetic field thanks to special equipment called magnetometers. However, there are very weak magnetic fields that are very hard to measure in accurately. For example, such fields occur as a result of neurons working in our brains. Meanwhile, there are situations when the magnetic field of gray matter has to be detected in the most precise way possible.

“This is needed, for instance, in order to identify some illnesses: schizophrenia, Alzheimer’s disease, epilepsy, where there are disruptions in the brain’s magnetic field. Generally, this helps study the brain and visualize how it works,” says Polina Kapitanova, senior research associate at ITMO University’s Faculty of Physics and Engineering. 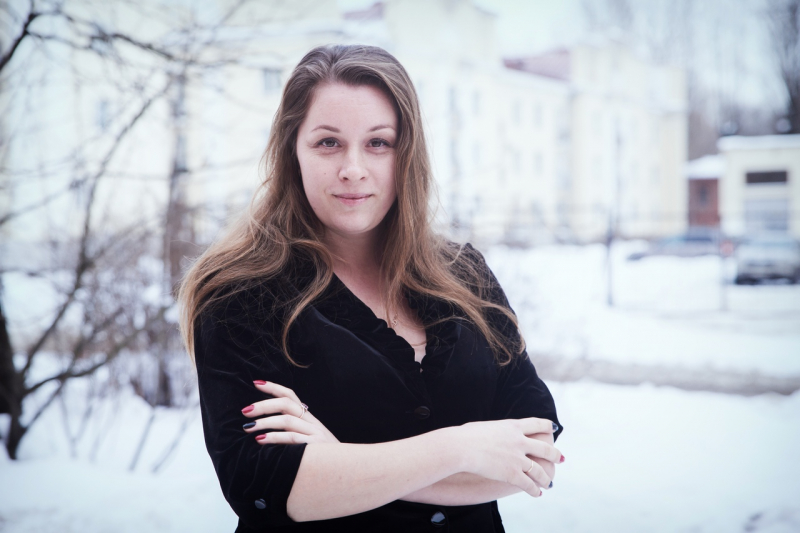 Existing medical devices which help conduct this research with high precision are large and very expensive. The ITMO University scientists are working on creating cheaper and more compact alternatives. Some time ago, they already published a paper where they described an antenna for such sensors, and have since managed to improve their invention.

The key element of the new-and-improved sensor would be a microscopic diamond cube with a side of about one millimeter. At the atomic level, this crystal should have defects that are undetectable to human eyes – electrons in such places are sensitive to the effects of electromagnetic fields of even the smallest strength. But since one diamond is not enough to obtain all the necessary data, the system also incorporates a microwave antenna which has a ceramic resonator as its main component.

“We’ve developed a microwave antenna which, owing to the circular polarization of a magnetic field, is able to effectively control the spins of the electrons in the ensemble of defects in a diamond, as well as to increase the coherence of the excitation of the spins in the NV centers so that the signal is easier to read,” comments Vitaly Yaroshenko, a PhD student at ITMO University. 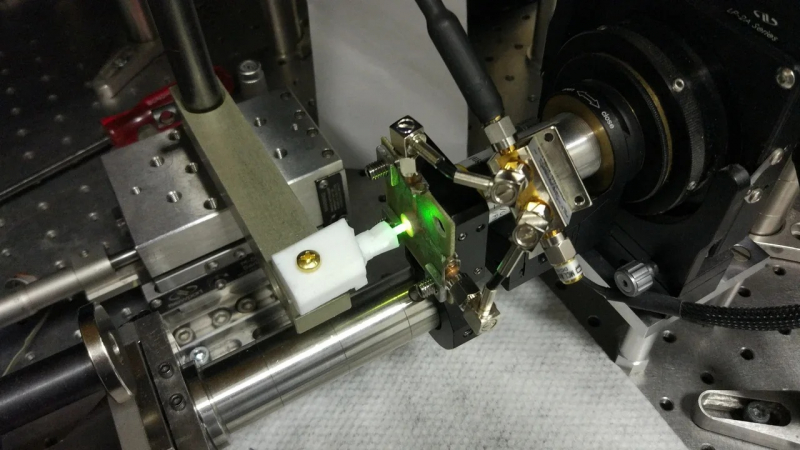 But this isn’t all there is – the electrons in the diamond’s defect pick up the magnetic field, and the antenna allows them to get effectively excited and give out a good signal. What’s left is to somehow read this data. Here’s where optics comes in to the rescue – the diamond is pumped with a green laser, which allows it to fluoresce, and the electrons’ excited state causes a shift in the spectrum of luminescence, making it red. The scope of this shift is what allows us to gage the strength of the field impacting the diamond.

“Exposing the defects ensemble in a diamond to a magnetic microwave field with circular polarization enables us to increase the efficiency of defect spins manipulation by almost 1.5 times,” explains Vitaly. “What’s more, the microwave magnetic field we create has a high uniformity, which makes it possible to increase the size of the diamond, and, consequently, the overall efficiency of the sensor. Therefore, our antenna allows us to control the response of the ensemble with lower input powers more effectively, in comparison with its linear analog.” 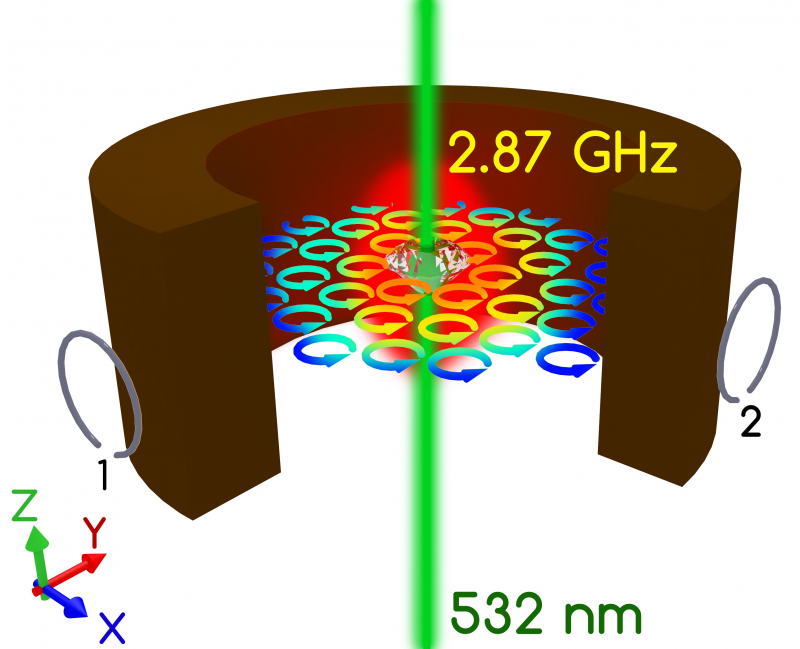 As of now, the works on the creation of such sensors are still ongoing. The scientists have managed to describe and experimentally demonstrate their main operation principles. On a side note, these measuring devices have the potential to be applied in other fields apart from medicine in the future – they can be used for measuring a variety of electromagnetic fields, in particular to determine the strength of the field coming from the earth, which can help create a new generation of navigation equipment.

The research has been conducted as part of the work on a Russian Science Foundation grant.