Each year, this intense course by ITMO University’s Faculty of Physics and Engineering attracts students and junior researchers from all over the world. 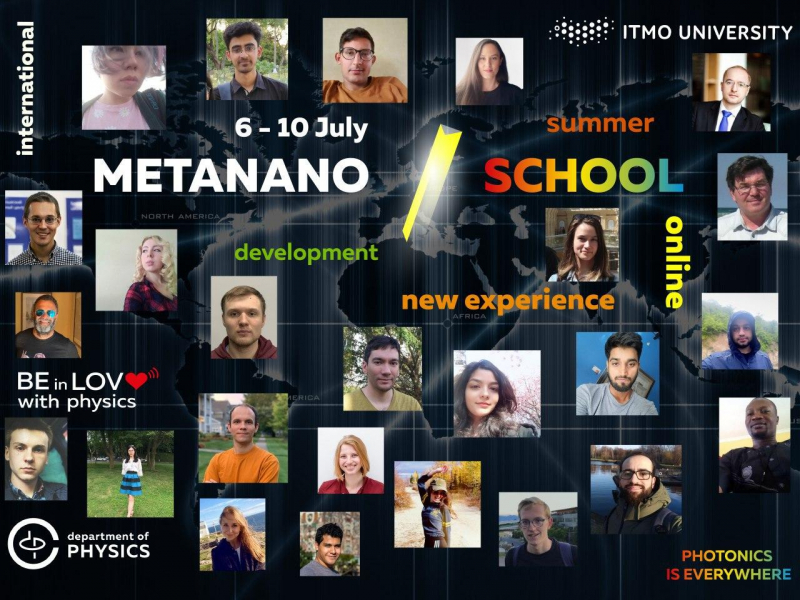 The fifth international summer school on metamaterials and nanophotonics METANANO SCHOOL 2020 was held on July 6-10 online, like many other conferences and educational events this year. Thanks to such a format, more participants from all over the world were able to take part. Moreover, the participation became free of charge. As a result, the school was attended by 230 participants from 105 universities and 40 countries.

The main feature of the school is its educational program. It’s designed according to the simple-to-complex approach in order to make the material understandable for students with various levels of expertise. The lectures were given by professors from leading universities, who’ve been cooperating with ITMO University’s Faculty of Physics and Engineering. These factors allowed organizers to make the program as consistent and balanced as possible to help students grow by providing them with necessary skills and tools.

The topic of this year’s school is Scattering Problems in Photonics. Andrey Bogdanov, the main organizer of the school, senior research associate at the Faculty of Physics and Engineering, and the head of the Nanophotonics and Metamaterials program, explains that this topic is both fundamental and applied.

“Nowadays, photonics is trying to replace electronics in some fields – to create analogs for transistors, memory elements, and connecting elements by means of nanophotonics. Scattering is a basic manifestation of interaction between electromagnetic radiation and the substance which lies at the heart of many optical and optoelectronic devices,” he says. “Until recently, plasmonics used to be the main competitor of electronics. Plasmonics studies the interaction between light and metallic nanostructures, allowing us to reduce the size of optical elements. However, recently it has been proven that dielectric structures can solve this task too, perhaps even better than metallic ones.” 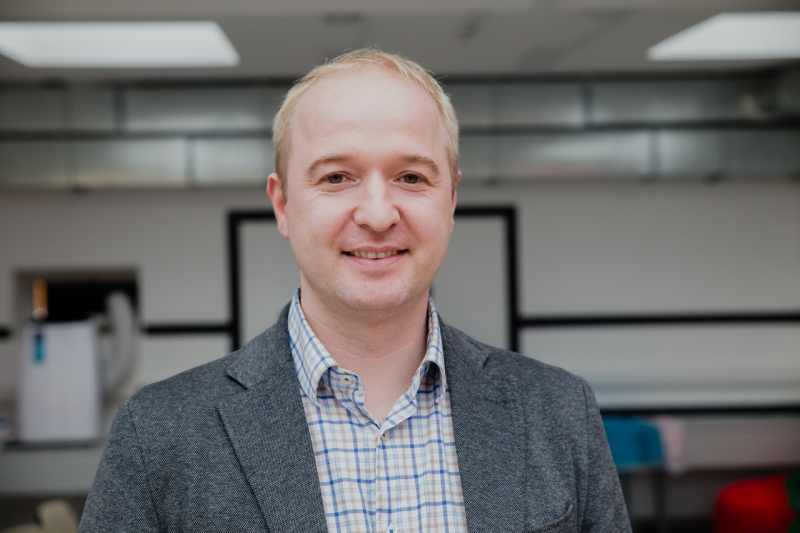 As Andrey Bogdanov notes, the main disadvantage of metallic structures is ohmic loss, and, as a result, the heating, which in its turn leads to a decrease in energy efficiency. In dielectric structures based on semiconductors (silicon, gallium oxide, and gallium phosphide), the loss in near infrared range is negligible, and the refractive index is rather high. It allows researchers to use even small particles as efficient resonators.

“The school focuses on the theory of interaction between light and resonant dielectric nanostructures: how to describe this interaction numerically and analytically? How to apply these description methods to real structures? The goal of the school is to provide students with the basic knowledge of this topic, to let them enter this field of studies, so that in the future they would be able to read more about it,” adds the main organizer of the school. 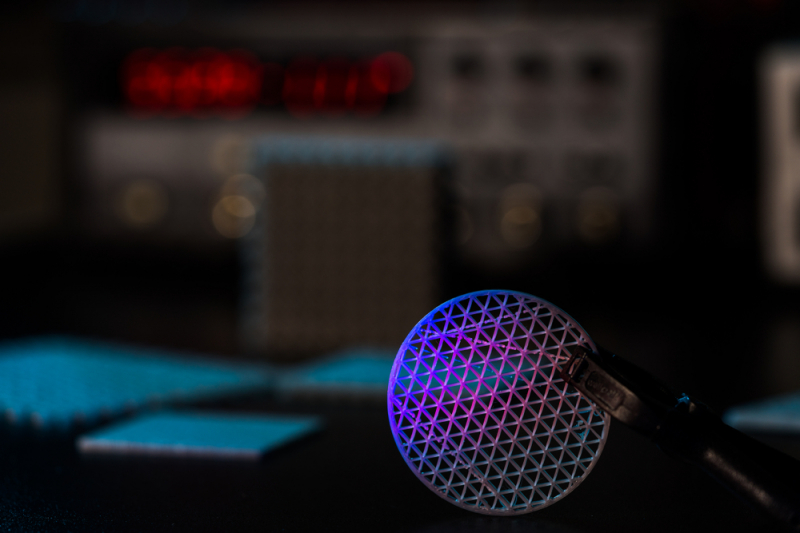 In addition to lectures, practical classes were also arranged in order to apply theory to practice. This way, students not only acquired basic fundamental knowledge, but also got skilled in working with Matlab and Comsol, a software package used for simulation. This year, Comsol was the partner of the school and provided temporary free access to the package for all participants.

Practical classes were given by Kseniia Baryshnikova, a researcher at ITMO’s Faculty of Physics and Technology, and Kristina Frizyuk, a PhD student. Their classes supplemented the lecture on multipole decomposition by Andrey Evlyukhin, a professor at the University of Hanover, and the lecture on exact multipolar decompositions with applications in nanophotonics by Ivan Fernandez-Corbaton, a researcher at the Karlsruhe Institute of Technology.

The lectures were also given by Andrey Bogdanov, chair of the school’s program committee, Ilia Rasskazov from Rochester University, who talked about light scattering from multilayered spheres, as well as Constantin Simovski, a researcher at Aalto University, who talked about the theory of homogenization of periodic resonance structures. On the final day, Prof. Alexander Poddubny from the Ioffe Institute delivered a lecture on multipolar light scattering on trembling particles. 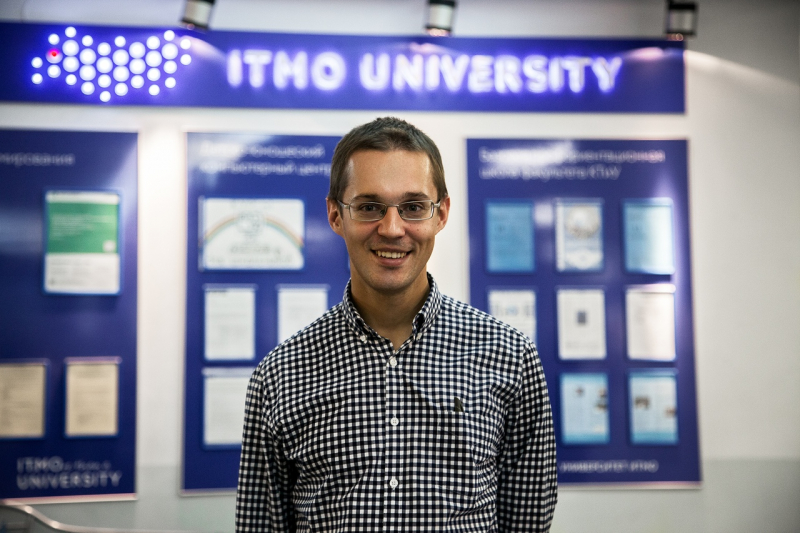 Students were also offered to do poster presentations themselves. This year, the amount of participants has increased, so overall there were 40 presentations during the poster session. Among the presenters were junior researchers from Skolkovo Institute of Science and Technology, Lomonosov Moscow State University, Tampere University (Finland), University of Campinas (Brasil), Martin Luther University of Halle-Wittenberg (Germany), and so on. The best presentations were recognized by the jury committee and the winners were awarded with certificates that allow them to buy books, participate in next year’s METANANO conference and summer school, as well as attend SPIE courses. They also received a copy of Principles of Nano-Optics by Lukas Novotny signed by Pavel Belov, the dean of the Faculty of Physics and Engineering.

ITMO.NEWS asked the participants how they liked the school, its organization, and unconventional online format. 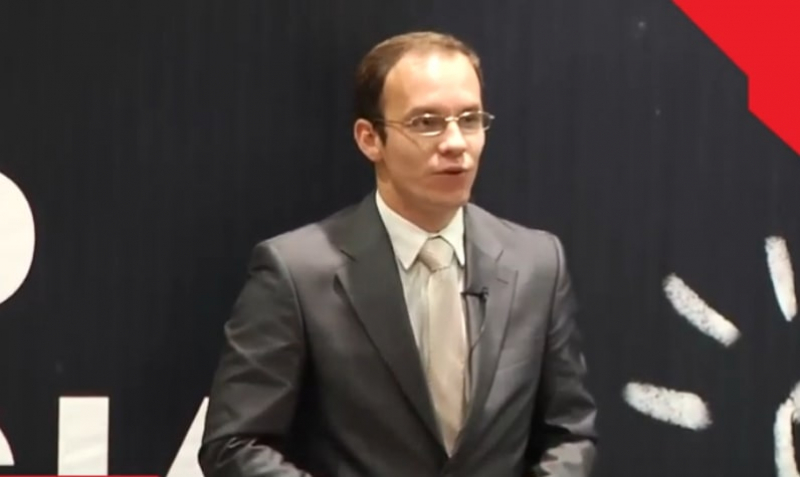 I work at the Institute of Optics at Rochester University, specializing in light scattering as applied to various fields: spectroscopy, plasmonics, and photonics. I mostly deal with computer modeling, but I also interact with experimenters.

It was my first time participating in this summer school. However, as a PhD student, I attended The Days of Diffraction at ITMO University and made a presentation there.

Simply put, the topic of my lectures sounds like “what will happen if you direct some light on multilayered spheres”. These spheres are useful for all kinds of tasks. For example, they are used to concentrate the solar energy in solar cells, to design nanolasers, and in bioimaging. At the lectures I explained how light scattering in multilayered structures should be researched according to the theory, and how to properly study these spheres’ features in order to use them in this or that field. I also gave two practical lessons about the software developed by us in Matlab. Our main task was to teach students to calculate features of objects and physical phenomena, so that they would be able to do it themselves in the future.

I have a lot of experience of online cooperation because even though I’m located in the USA, I work with scientists from Russia, China, and Europe. It’s quite easy, actually: you share your screen and show something to your colleagues. However, those were the first online practical lessons for me, and I enjoyed them. I received a lot of feedback from the students, they are quite satisfied. We achieved everything we wanted science-wise.

It’s a pity that it wasn’t possible to come to St. Petersburg: it’s one of my favorite cities, I have lots of friends and relatives there. Real-life communication is great and can’t be substituted by online activities. However, when it comes to the scientific aspect, the event was fantastic and very well-arranged.

It was interesting to see whether Zoom is a suitable platform for poster sessions. It was also very well-organized: every participant had their own private room where you could always ask questions. PhD students from ITMO University always show great results: they had great presentations, slides, and demonstrated an excellent scientific background.

I most enjoyed the presentation by Pavel Trofimov from ITMO University, who talked about nanoantennas, as well as the one by Ilia Fradkin from Skolkovo Institute of Science and Technology, who talked about plasmonic materials that are able to change their state of matter rapidly. 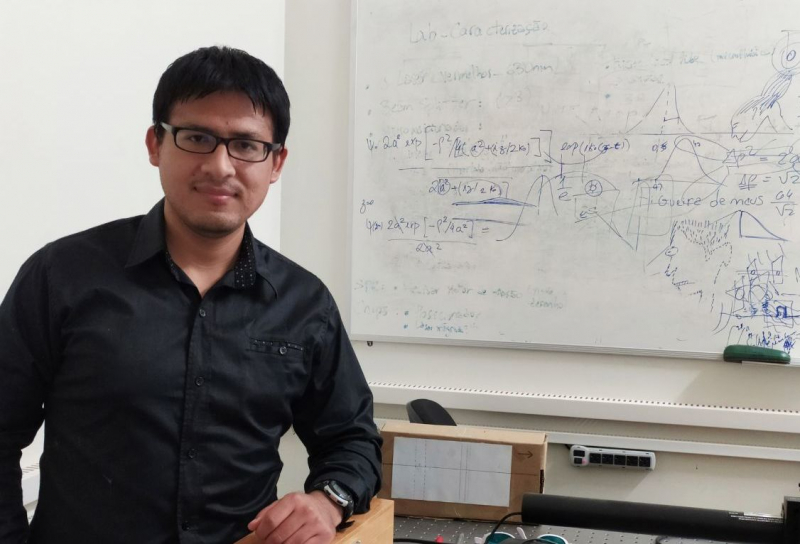 I’m a Telecom Engineer at the University of Campinas. I work with plasmonics as applied to biosensors and study surface plasmon resonance (SPR) in the classical Kretschmann configuration using fibers and waveguides in chips.

In my presentation I demonstrated several models and simulations of SPR sensors that use optical fibers. The goal of my research is to take maximum advantage of the capabilities of optical fiber to create a multifunctional portable sensor based on one platform, so that we could detect diseases at their early stage.

I’ve been aware about ITMO University for a long time because I took a course on plasmonics by Prof. Bogdanov on the edX platform. I liked this course, so I subscribed to ITMO’s newsletter. When I received a message about the new summer school, I didn’t hesitate to enroll.

I liked the school and the way it was arranged. Other participants and I discussed how the level of the lectures is very high and the professors truly are experts in their fields. It’s a pity we couldn’t attend it in real life but I will definitely come next year. 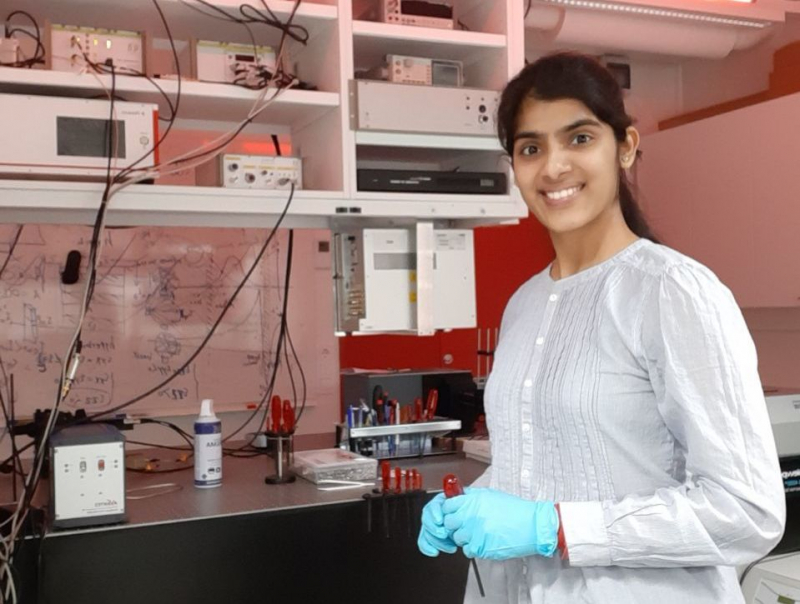 I received a Master’s degree in electronic systems and communication in India. Currently I am a PhD student in the Metaplasmonics group at Tampere University.

At the school I demonstrated the actively configured metasurfaces that appear as a result of integration with near-zero dielectric penetrability into plasmonic nanoantennas. Such surfaces can be efficiently used in photonic circuits, miniaturized sensors, and tunable filters.

I came to know about the school through one of my colleagues at Tampere University. This is the first time I’m attending an event by ITMO University. I wish I could have visited your wonderful city. However, I’m thankful that the organizers still held it instead of cancelling. I’m also thankful for all the effort they put into arranging the summer school including lectures, practical classes, and entertainment.

I especially liked two things about the school. Firstly, the recordings of all the lectures and practical sessions will remain available forever, so I can rewatch them whenever. Secondly, the way the poster session was arranged was brilliant. We all had our own Zoom room, where everyone who wanted to ask a question could do it. It was almost like an in-person communication.