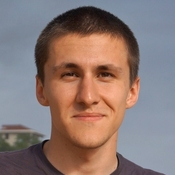 Mr. Evgenii Mitsai
Institute of Automation and Control Processes FEB RAS
Chemically inert sensors with temperature feedback based on optically resonant semiconductor nanostructures
Every week we will send you an e-mail with a digest of scientific events. Subscribe and wait for an e-mail!
Subscribe
Abstract

The identification of organic pollutants, as well as explosive and narcotic substances is an urgent task in the fields of environmental monitoring, medical diagnostics and forensic analysis. Such a problem can be solved using optical methods of signal registration. In particular, sensor devices based on the effect of Raman scattering has become widespread. However, the low intensity of Raman scattering does not allow using this method for identifying ultra-low concentrations of analytes. Nevertheless, the intensity of the Raman signal can be increased by several orders of magnitude due to the use of Surface-enhanced Raman scattering (SERS), based on the interaction of analyte molecules with optically resonant nanostructures. Chemically stable noble metals are often used as a material for the formation of nanostructures, which support localized plasmon resonance induced by incident radiation. This ensures the formation of intense electromagnetic fields near nanostructures and give SERS method a sensitivity sufficient for identifying even single adsorbed molecules.
However, despite the significant advantages of noble metal nanostructures for the creation of SERS-active substrates, there are disadvantages associated with their use. In particular, the presence of significant Ohmic losses in such metals lead to significant heating of the nanostructures, which can lead to the decomposition of adsorbed organic molecules with rather low temperature stability. At the same time, plasmon-active nanostructures can stimulate various catalytic processes and chemical reactions that change the chemical structure of adsorbed molecules and lead to unreliable analysis results.
These disadvantages can be avoided by using nanostructures made of semiconductor and dielectric materials with a high refractive index and low Ohmic losses in the visible region of the spectrum. Such nanostructures support various types of Mie resonances, which make it possible to obtain localized “hot” electromagnetic fields required for SERS. In addition, the use of crystalline semiconducting materials (for example, silicon or germanium) makes it possible to use Raman spectroscopy of their thermosensitive phonon modes to measure and control the local temperature directly in the process of SERS identification of the adsorbed analyte.
A number of works have already been devoted to the study of the local thermometry features of semiconductor nanostructures, predominantly of a spherical shape. Another series of works was devoted to the study of chemical reactions occurring with adsorbed molecules on the surface of plasmon nanostructures during SERS measurements. For semiconductor nanostructures, such studies have not been carried out. Thus, from the point of view of the sensor platform implementation capable of carrying out non-destructive, reliable and time-stable measurements, it is urgent to study the features of the chemical interaction of semiconductor nanostructures with the molecules deposited on them during the SERS measurement and the effect of local temperature control on the measurement result, which cannot be realized for plasmonic nanostructures.