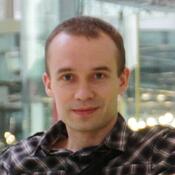 Dr. Dmitry R. Gulevich
ITMO University
Towards the coherent optimal control of chemical phenomena using shaped laser pulses
Every week we will send you an e-mail with a digest of scientific events. Subscribe and wait for an e-mail!
Subscribe
Abstract

The success of coherent optimal control of quantum systems (QOC, quantum optimal control) using electromagnetic pulses with predefined spectral and phase characteristics is manifested by its practical uses in achieving high image contrast in magnetic resonance imaging (MRI) [1] and quantum information processing using nuclear spins [2]. The recent advances in attosecond science in generation of ultrashort laser pulses open new exciting opportunities for further extension of these successes of QOC to control chemical phenomena: breaking a particular bond of a molecule or performing transition between two states of a molecular system by means of light pulses. While being technologically feasible, the great theoretical challenge remains that finding optimal characteristics of the laser pulse which performs the target action is a highly non-trivial problem which requires a precise description of the dynamics of many-electron system at the ab initio level. A numerically efficient and widely used tool for description of excited states of many-electron systems is the time-dependent density-functional theory (TDDFT) in the adiabatic local density approximation (ALDA). It is however of limited use in the control of chemical phenomena: high frequencies and strong pulses require the account of memory and essentially nonlinear effects which are beyond the adiabatic approximation. Indeed, failures of ALDA to achieve the control targets are manifested in a variety of studies of model problems and real systems [3]. In this talk I will present two new extensions to TDDFT beyond the ALDA which aim to solve the presented theoretical difficulties: the TDDFT with oscillator model of xc kernels [4,5] and the Lagrangian TDDFT [6], which together promise to put the coherent optimal control of many-electron systems on a solid theoretical footing, thus opening novel perspectives in coherent quantum control of molecules and collective many-particle excitations in materials. Finally, I will show how the application of an elegant method of pole expansions underlying the account of memory in the TDDFT [4,5] is not limited to the exclusively ab initio scope, but has a universal character which finds itself useful in different time-dependent problems ranging from calculating casual response of RF circuits down to the school-level problem in classical mechanics of weights connected by springs.


[1] B. Bonnard and D. Sugny, Optimal Control with Applications in Space and Quantum Dynamics, AIMS Series on Applied Mathematics, USA (2012).