Scientists from ITMO University, the National University of Colombia, and the University of Siena have developed a metasurface with a unique structure and properties. The proposed solution makes it possible to generate surface waves with new characteristics, transfer them from point to point while maintaining their initial polarization, and therefore improve information communication. The relevant article is published in Physical Review X. 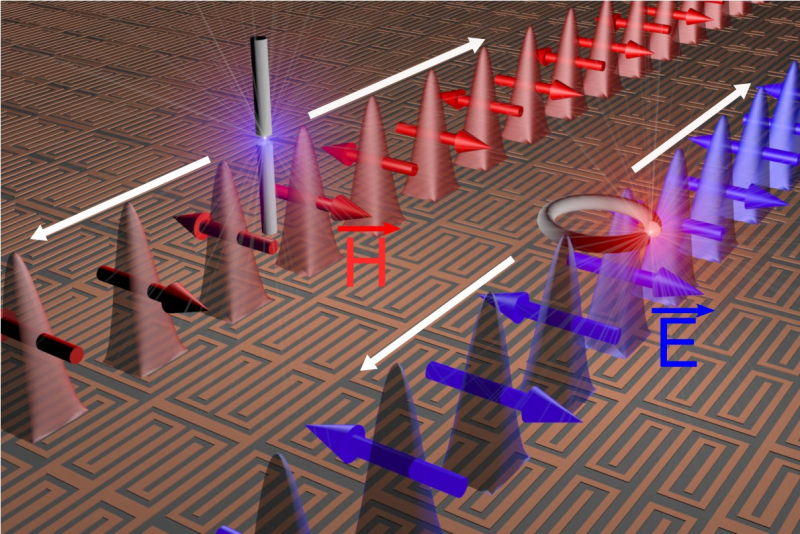 Metasurface. Illustration from the article

Surface waves are localized waves that propagate along surfaces, for instance, an interface between two media or within a two-dimensional system. One of the vivid examples is circular waves that appear when a stone is thrown into smooth water.

ITMO scientists proposed a unique two-dimensional structure to concentrate the energy of electromagnetic surface waves along the desired direction and thus achieve greater control of waves on surfaces.

Scholars have studied surface waves for a long time. Considered a promising method of transferring localized light, this phenomenon, nevertheless, comes with several challenges that prevent scientists from implementing it in optical and optoelectronic systems for data processing and transmission.

To begin with, waves propagate in circles: the greater the distance between waves and the source, the lower their intensity. One of the possible solutions is to transfer an optical signal from point to point using a canalization effect, which makes waves propagate in a narrow beam along a specific direction.

Although the phenomenon was previously investigated, the researchers managed to obtain a non-divergent and ultra-focused propagation mode. Moreover, they became the first to demonstrate switching between different propagation directions in the canalization mode.

For a long time, researchers remained puzzled about how to control the polarization of waves in a plane.

“Polarization describes the oscillations of electromagnetic waves in a space, while polarizers are able to exclude needless planes of light oscillations. One of the commonly used polarizers is sunglasses. Light polarization is basically an information source. It can be linear (horizontal, vertical, or rotated), circular (right or left), elliptical, and so on. Each state can be seen as a sort of an information bit. So, if we can control polarization, we will be able to “code” information into the light,” explains Oleh Yermakov, a co-author of the article and a researcher at ITMO’s School of Physics and Engineering.

The researchers attribute their success to a special 2D structure. This is a self-complementary metasurface that consists of two mutually inverted components: a dipole antenna and a slit in a metal layer of the same shape.

The proposed solution is based on Babinet's principle, one of the fundamental laws of optics. The idea is that if you take a metallic screen, cut it open, and then shine a light on it – you will see a diffraction pattern. At the same time, you can obtain a similar pattern with a complementary (inverse) structure, a metal circle with the same diameter as the hole. 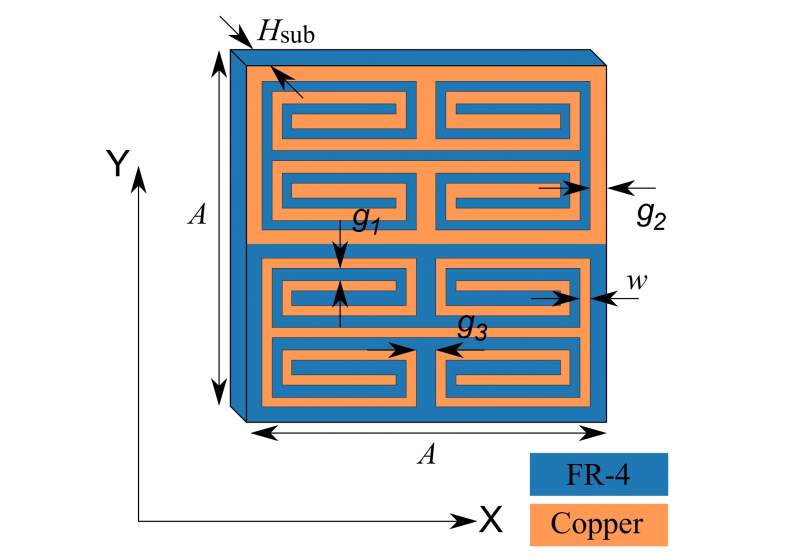 The structure of the metasurface. Illustration from the article

Thus, both diffraction screens seem to complement each other. It is this unique symmetry that makes it possible to control the polarization of surface waves, and anisotropic properties provide for a focused propagation mode.

What is also important is that this structure is mostly flat – a quality highly popular among the latest optical devices and modern technology in general that strive for miniaturization and flattening. So, the fact that the scientists learned to control optical signals will facilitate the development of such devices as antennas and amplifiers, optical circuits and transmitters, as well as screens and sensors.

“We didn’t expect that such a fairly simple system based on fundamental principles will become a solution to long-standing problems, let alone will prove to be so valuable for the study of surface waves. Such structures have been already studied but only in the far field. Researchers used plane waves to observe how polarization would change when passing or reflecting from this structure. We, in turn, had a completely different goal. We wanted to learn what will happen with localized light that propagates along this structure. And no one has ever done it before us,” says Oleh Yermakov. “This is the truth about significant discoveries. They do not always go hand in hand with complex theories, breakthroughs, and extensive experiences. Sometimes, they hide in plain sight, and anyone can encounter them." 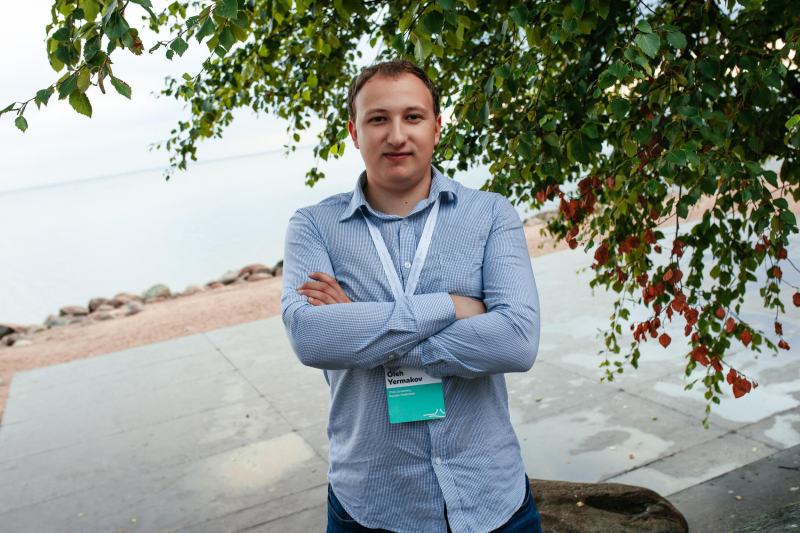 However, there is one problem. The developed structure can only be applied at the microwave, terahertz, and far-infrared ranges. As it’s impossible to directly transfer the metasurface into the optical range, it can only be reduced by a hundred or a thousand and not, for example, a million times.

The reason behind this is that metals change their properties at the nanoscale. Yet the researchers believe that the technology can be implemented in the visible range, too, with the help of all-dielectric structures. The research is still ongoing.

All in all, the study took over a year and a half. The project was initiated in late 2018 by a research team of Stanislav Glybovsky, who investigated various metasurfaces in the microwave range. It took another year or more for the article to be published in Physical Review X.