Cutting-Edge Science With Roots in Ancient Rome: All About Nanophotonics
ITMO.News

Nanotechnologies have been a hot topic for over 15 years now, while nanophotonics still remains known to the rare few. It is a brand new interdisciplinary field at the intersection of optics, laser physics, materials science, physical chemistry, physics, and chemistry of solids, nanostructures, and nanotechnologies. What does this discipline study and where can this research be applied? In this article, Ivan Toftul and George Zograf, PhD students at ITMO’s Department of Physics and Engineering, help us answer these questions. 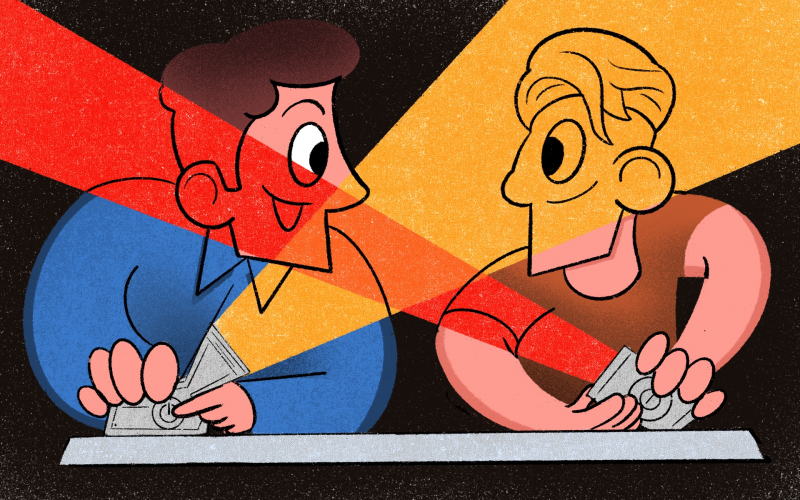 What does nanophotonics study?

Everything to do with light control at an extremely small scale. Its name consists of two root words – nano and photon. The former is a prefix meaning “one billionth”. For example, if we were to suddenly become one nanometer high, a piece of paper would seem to be 1,700 km thick. The second word, photon, refers to an elementary “particle” of light. And the “particle” has to be inside quotation marks here because the visible light starts to demonstrate its wave nature when we get to the scale of nanometers. It turns out that at this scale we can control light in a very non-trivial way by creating complex nanostructures. Nanophotonics studies a wide scale of problems that have to do with such control and use of light. This includes, for instance, designing nanoscale lasers – recently, researchers at ITMO have published a paper about the world’s most compact laser.

Which kinds of research tools does it apply?

Experimental methods in nanophotonics can vary. Oftentimes, concepts that were originally created for nanoscale are tested at a microwave laboratory. This is because all phenomena studied by nanophotonics more often than not fit into the standard electromagnetic theory, and electromagnetic phenomena have this brilliant quality of scaling easily. That is why it is now easier to design experimental units. Naturally, there are a lot of exceptions where such scaling is inapplicable – an optical laboratory is used in these cases with nanometer precision of results. As a rule, such a laboratory is equipped with a special optical desk that can kill all parasitic micro-vibrations, such as those caused by passing cars and public transport. The desk itself is equipped with lasers, precision optics, samples and everything that might be necessary for experiments.

Nanophotonics has been much-spoken about in recent years. Is this field brand new?

The rapid development of nanophotonics has to do with technological advances, and experimental optical research with single nanoobjects has been conducted for several decades. The most well-known examples of using nanoparticles to control the characteristics of light come from the glassblowers of Ancient Rome. One notable example is the Lycurgus Cup, which changes its color depending on the location of the light source. Artists in the Middle Ages created stained-glass windows used a similar technology – they experimented with adding products of chemical reactions with gold and other materials to create new vibrant colors. Later, 20th and 21st century scientists identified inclusions of gold nanoparticles less than 100 nm in size which helped to create these beautiful effects.

Where can nanophotonics be applied?

As for modern applications, a major example are the so-called SERS substrates for express testing of biological markers. They function thanks to a drastic (by 5-10 orders) amplification of unique responses of a Raman scattering signal from biological and chemical compounds. Moreover, using nanostructured and nanoscale semiconductor materials allows scientists to significantly improve the efficiency of solar cells that are used to convert energy from solar radiation into an electric current.

And what about healthcare?

Here, too, nanophotonics finds its applications. Photothermal therapy is currently a widely-used form of treatment for oncological diseases. This is a type of noninvasive medical intervention in which specially created and implemented nanoparticle targets reach the region of impact. After that, a sharply focused light source interacts with these targets – thus, light energy turns into thermal energy and ablates tumors during this conversion.

How is nanophotonics used to create new materials and devices?

Everything depends on the problem at hand, meaning the demand and the field of a project. Each scientist in a lab has experience in various research areas: in optics, physics of solids, chemistry, and so on. When researchers are faced with the task of creating a device, they will first brainstorm their ideas – everyone will contribute from their expert point of view. After that, a plan is developed. When compared, the expectations and the result differ from each other 99% of the time. It often happens that the discovered effect is stronger and more important than it was predicted at the beginning. The research process is highly flexible and unpredictable, especially when we are talking about creating something new.

Can photon nanodevices change the future of humanity?

Yes, they can. Metalenses are one good example of this. Photographers know that well-made high-resolution optics are always a lot of glass. Moreover, everyone has a camera in their phone, and the camera almost always bulges out. Metalenses, in turn, can potentially become an incredibly thin optical element. What’s more, there already are concepts of holographic metalenses. It could be that R2-D2’s 3D projector will soon no longer be a work of fiction.