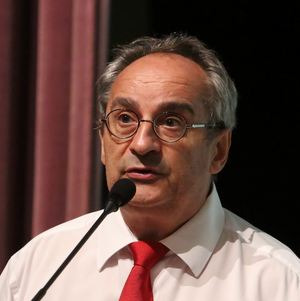 The performances of hBN for Advanced applications: what hath last decade wrought

Although powders of hexagonal boron nitride (hBN) were obtained as early as 1842, the growth of single crystals having millimeter sizes was only successfully realized about 15 years ago. This kicked the interest of people of optoelectronics for this material (https://www.nature.com/articles/d41586-019-02472-0) and it also paved the way to measuring the physical performances of hBN for different applications including:

- Deep UV emission thanks to the 6-eV value of the fundamental bandgap.
- Using hBN as a sacrificial layer in lift-off heteroepitaxial growth process.
- Advanced nano-photonics in the infrared, and hyper-lensing application, taking advantage of hyperbolic nature of the phonon polaritons.
- Using crystal defects as robust Single Photon Emitters for operation from ≈ 2 eV up to ≈ 4 eV @ 300K
- using hBN as a passivating layer at both sides of graphene or other 2D materials among which are Transition Metal Dichalcogenides (TMDs).

The specificity of boron naturally found as a mixture of 80% 11B and 20%10B isotopes makes possible to obtain under reasonable price mono-isotopically purified hBN and realization of performing neutron detectors. We have in addition demonstrated the impact of isotope purification on Van der Waals interactions.

We measured a direct bandgap at more than 6 eV for the monolayer of hBN grown by molecular beam epitaxy in the group of Sergey Novikov at Nottingham on graphite used as a substrate which brings the behavior of hBN similar to what is measured for many 2D materials and finally I show very fresh unpublished items of our last results where TMDs are deposited on >1 cm2 bulk hBN substrates by Metal organic Vapor Phase Epitaxy which boosts this topics of hBN-passivated TMDs so far limited to the use of adhesive tape technique at the boarder of soon applications for ITs.