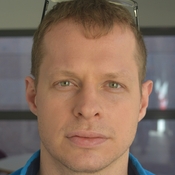 Dr. Alexander Dikopoltsev
Physics department and Solid state institute, Technion - Israel institute of technology, Physics department and the Institute for quantum electronics, ETH Zurich
Each of them, is one small light - all together, they shine bright: Topological insulator vertical cavity laser array
Every week we will send you an e-mail with a digest of scientific events. Subscribe and wait for an e-mail!
Subscribe
Abstract

Topological insulators in condensed matter physics are phases of matter that are insulating in their bulk and have robust conductance on their edge, which is immune to disorder and defects. The topological protection of this conductance is known to be a ubiquitous phenomenon, occurring in many physical settings, such as photonics, cold atoms and mechanical or electrical systems. Recently, these ideas were extended beyond their original context, introducing the concepts of topological insulators to non-Hermitian systems, with gain or loss, and even to nonlinear settings. A particularly promising development in this field is the topological insulator laser, invented by our group: an array of semiconductor lasers utilizing fundamental features of topology to force injection locking, which makes all emitters act as a single coherent laser. However, thus far, all topological insulator lasers emitted light in the same plane as the topological transport mechanism locking them together.
I will present the topological insulator Vertical Cavity Surface Emitting Laser(VCSEL) array. The topological properties of this VCSEL array are inherited from the geometry of the crystalline model. The inter-cavity coupling lies in a plane perpendicular to the propagation direction of the light in the microcavities, which permits the emitters to be organized in a few-wavelengths structure. The light spends most of its time oscillating vertically, but the small in-plane coupling enabling topological

Main paper/arXiv, related to the seminar, and other references