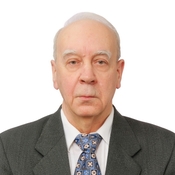 Prof. Valery Serbo
Novosibirsk State University
Twisted photons, electrons and neutrons as new tools in physics
Every week we will send you an e-mail with a digest of scientific events. Subscribe and wait for an e-mail!
Subscribe
Abstract

The report will provide an overview of a number of processes involving twisted particles, that is, particles with a non-zero projection of the ORBITAL angular momentum on the direction of the particle motion. Until recently in the botanical garden of laser physics, only twisted photons present a small lawn with beautiful, but rather rare specimens. Small number of experiments was limited to the energy range of visible light.
In the last 5-10 years the situation has changed radically. It were received beams of twisted electrons and neutrons. Dozens of fine experiments have been condacted with these particles. In this report, I review the main properties of twisted particles and the unusual properties of many atomic and nuclear processes with such particles (new selection rules, unusual angular distribution and polarization of finite
particles, etc.), namely:\\elastic scattering of neutrons by nuclei (Schwinger process);\\photoexcitation of atoms;\\photoelectric effect and radiative recombination;\\Vavilov-Cherenkov radiation;\\backward Compton scattering;\\resonant scattering of photons on atoms (project ``Gamma Factory at LHC'').\\The presented results are obtained mainly by ourRussian-German group.

Twisted photons, electrons and neutrons can be very useful for research in the field of physics of atoms, atomic and nuclear structures, because they give us an extra degree of freedom: orbital angular momentum.