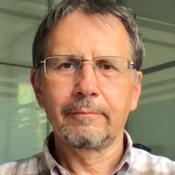 Prof. Oleg Astafiev
Skolkovo Institute of Science and Technology, Moscow Institute of Physics and Technology
Quantum optics with superconducting systems
Every week we will send you an e-mail with a digest of scientific events. Subscribe and wait for an e-mail!
Subscribe
Abstract

Modern nanotechnology methods provide the basis for the development of fully controllable superconducting quantum systems (artificial atoms) with predefined parameters. A well-known example of the application of superconducting quantum technologies is quantum processors. However, the system's capabilities are much broader than quantum computing. Their application is especially interesting in the field of fundamental physics, sensorics, and metrology. One of the advantages of such systems is an easily achievable physically strong coupling regime of the systems with neighbours and the environment. We will overview several promising experimental directions that we are working on. These directions are as follows: control and manipulation of single photons in open space; the recently demonstrated effect of quantum wave mixing and some others. We will also demonstrate achievements in a new direction of quantum acoustics. Finally, we will show our recent breakthrough – a demonstration of the AC Coherent Quantum Phase Slip (AC CQPS) effect (dual to AC Josephson effect), which is the realization of the fundamental phenomenon of superconductivity predicted thirty years ago. This achievement is extremely promising for the development of a metrological current standard.