Researchers Develop Material Capable of Being Transparent or Reflective in IR Spectrum
ITMO.News

Modern optical devices require constant tuning of their light interaction settings. Lenses need to change focus, lidars have to emit and receive light at different angles. For that purpose, there exist various mechanical apparatuses that shift lenses, rotate reflectors, and move emitters. But what if they all were to become unnecessary? An international research team that includes staff members of ITMO University and the University of Exeter have proposed a new metamaterial capable of changing its optical properties without any mechanical input. This development could result in a significant improvement in the reliability of complex optical devices while making them cheaper to manufacture. The study was featured on the cover of the May 2020 issue of Optica. 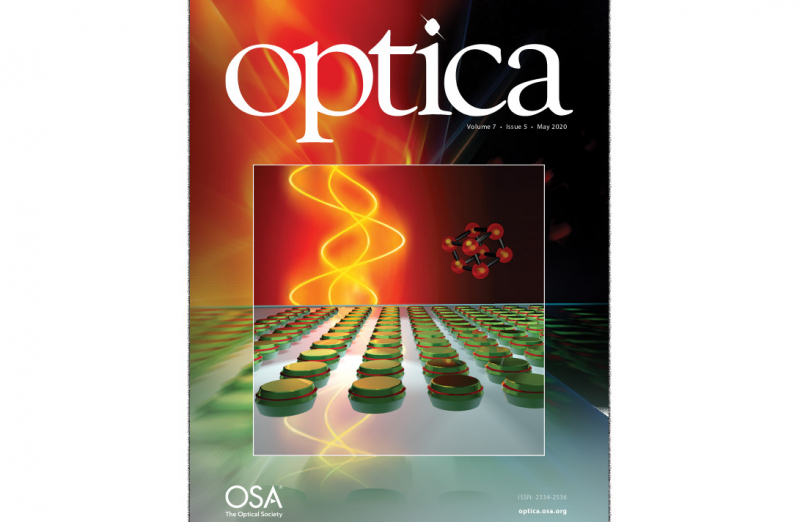 The rapid development of physics and materials science in the past decades has brought humanity a wide selection of materials. Now, those who design complex devices are less bound by the limitations of traditional materials such as metals, wood, glass, or minerals. Scientists can make material that is sturdy, but light; stiff, but flexible; transparent, but with a negative refractive index.

In this regard, the so-called metamaterials open up incredible opportunities. Thanks to their complex periodical structure, they are not really limited by the properties of their material components. These structures can be used to manipulate light, electricity, sound and heat. At the same time, their properties will be much more superior to those of natural material. Such structures can be volumetric or flat – in the latter case, they are referred to as metasurfaces. 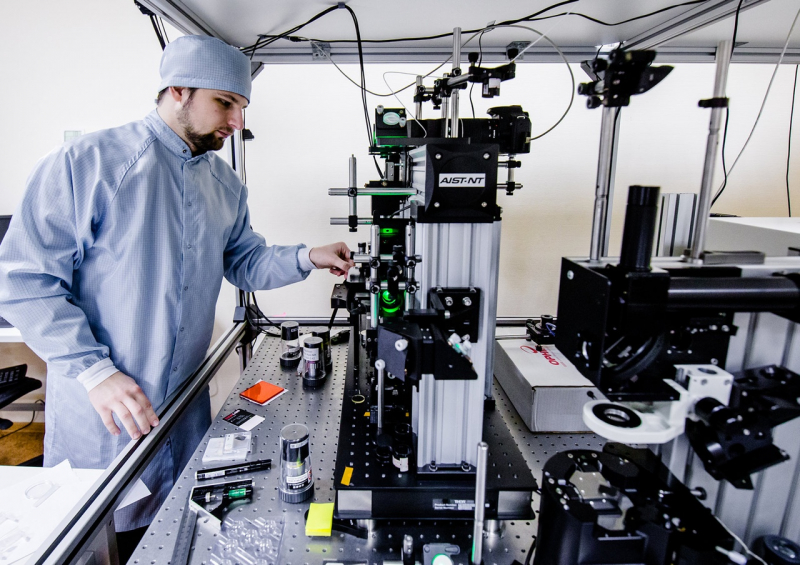 “Metasurfaces allow us to achieve many interesting effects in the manipulation of light,” says Ivan Sinev, a senior researcher at ITMO University’s Faculty of Physics and Engineering. “They can be made out of elements so intricately shaped that the resulting surface will be capable of manipulating light, in many regards, just as well as volumetric materials. But these metasurfaces have one issue: how they interact with light is decided right in the moment when we design their structure. Once they have been designed and manufactured, their properties remain unchanged. When creating devices for practical use, we would like to be able to control these properties not only at the outset, but during use, as well. Meaning we wouldn’t need to create a set of lenses with specific focusing qualities, but simply an adaptive element that would change its properties depending on the circumstances.” 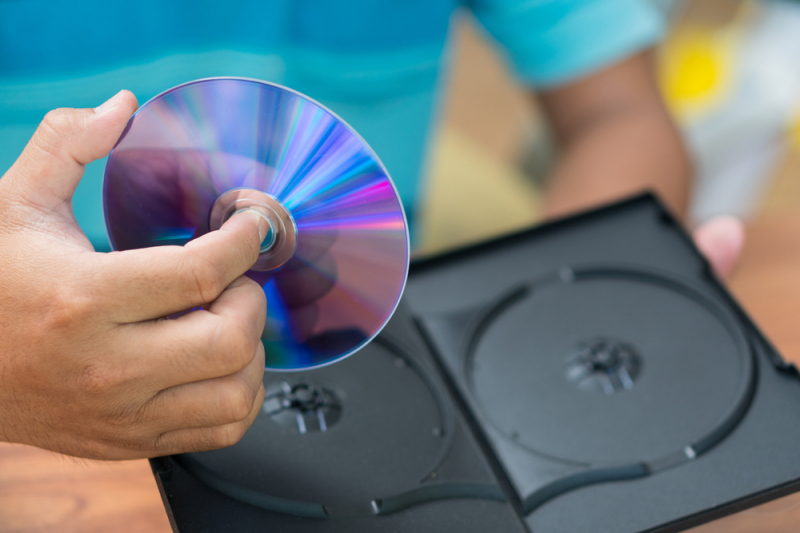 In their search for materials for adaptive optical devices, researchers from ITMO University have joined forces with their colleagues from the University of Exeter in the UK. The scientists from St. Petersburg have long experimented with metasurfaces based on semiconductors such as ones made of silicon. British researchers, at the same time, have a lot of experience in working with phase-change materials. Among such materials is, for instance, the germanium antimony telluride (GeSbTe) compound, often used in DVDs.

The researchers decided to mix the materials familiar to each of the groups into a single structure so as to combine silicon’s excellent refractive index in the near infrared region with phase-change material’s ability to “switch” between states of low and high light refraction and absorption (these two states are used in DVDs to code data in binary code).

“We’ve made calculations to see what this new composite material would look like,” says Pavel Trofimov, a PhD student at the Faculty of Physics and Engineering. “We have an inclusion of GeSbTe embedded as a thin layer between two layers of silicon. It’s a sort of sandwich: first we coat a blank substrate with silicon, then put on a layer of phase-change material, and then some more silicon.

Then, using the methods of e-beam lithography, the scientists converted the layered structure into a metasurface: an array of microscopic disks that was then tested at the laboratory on the subject of its ability to manipulate light. 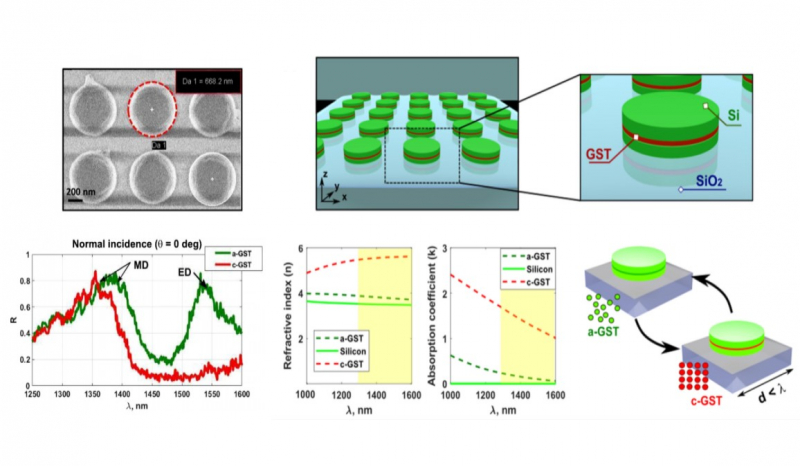 From the article. Credit: www.osapublishing.org

The samples were tested at a laboratory of the Faculty of Physics and Engineering in St. Petersburg. As the researchers expected, the combination of two materials into a complex periodic structure resulted in an important effect: the resulting surface’s transparency level could be changed throughout the experiment.

How does this happen? Phase-change materials have two states: a crystalline state in which its molecules are positioned in an ordered, strict structure, and an amorphous state in which the molecules are, to put it simply, “at ease”. If the layer of GeSbTe at the center of the metamaterial is in the crystalline state, the second resonance will disappear; if it is in the amorphous state, the disk will continue to reflect IR beams.

“To switch between the two metasurface states, we’ve used a sufficiently powerful pulse laser,” explains Pavel Trofimov. “By focusing the laser on our disk, we’re able to perform the switch relatively quickly. A short laser pulse heats up the GeSbTe layer nearly to the melting point, after which it quickly cools down and becomes amorphous. If we subject it to a series of short pulses, it cools down more slowly, settling into a crystalline state.” 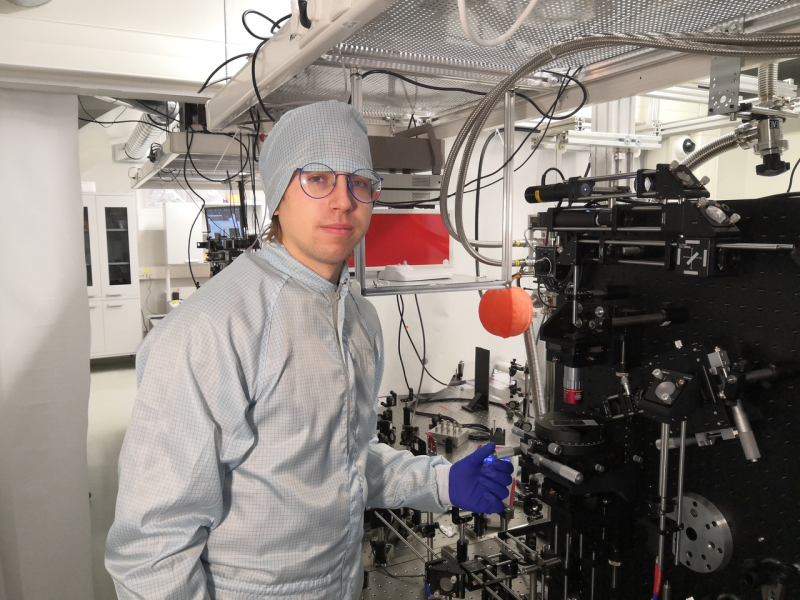 Pavel Trofimov. Photo courtesy of the Department of Physics and Engineering

Moreover, the switch is relatively smooth, which means the material exhibits not just the two opposite states – reflection or transmission – but also the transition states in which the disk only reflects some of the light. Such switches can be done multiple times.

“Many studies on the creation of hybrid structures with phase change materials completely ignore the fact that it’s important to show not only the presence of two states – reflection and transmission of light – but also the reversibility of the process,” explains Ivan Sinev. “It’s not easy to make possible the switch from crystalline to amorphous state, as the material must be allowed to cool very quickly. The issue is that phase change materials don’t have great heat conductivity and not all metamaterials that include them are capable, once transitioned into the crystalline state, to ever become amorphous again. We’ve been able to achieve that through our use of an extremely thin layer of GeSbTe.” 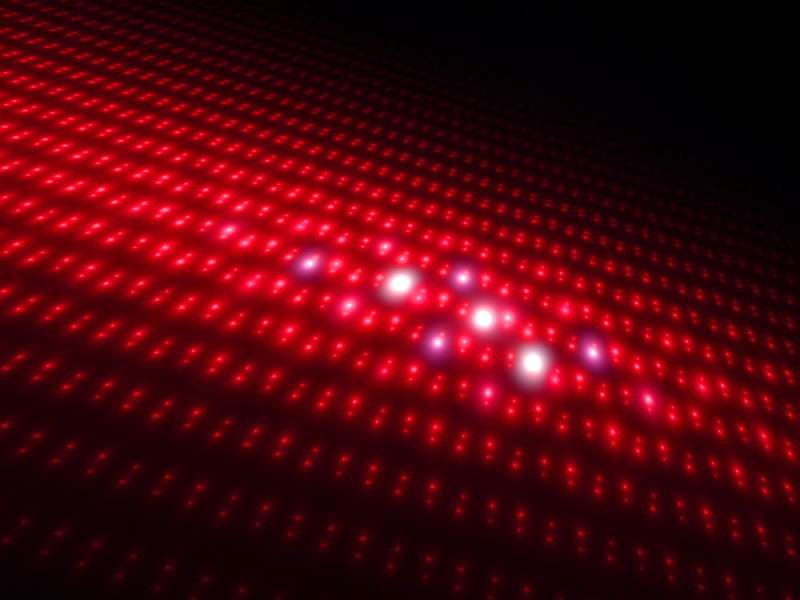 The properties of this new metasurface can be used for various applications. That includes, first and foremost, the creation of lidars – devices that scan ambient objects by emitting infrared pulses and receiving the reflected beams.

“In order to make such devices effective, the beam direction needs to change at a high speed,” says Pavel Trofimov. “That means that the device controlling the beam must have a quick optical response. The metasurface that will be developed based on our work will make it possible to design such devices without a need for complex mechanical systems to move the beams. This will make manufacturing significantly easier and make the devices more reliable.”

The metasurface has other applications, too. The principle of its creation could be potentially used in the production of special ultra-thin lenses for cameras used, for instance, by mobile phones.

“Thin metasurfaces may be used as lenses,” explains Ivan Sinev. “For phone cameras, the thickness of the lens is a key issue that often determines the size of the entire phone. A material based on our technology, if the correct phase state gradient is applied, could theoretically be used to focus light as a lens. In addition, our material’s ability to switch between the reflection and transmission of light can be used in data storage and processing systems.”